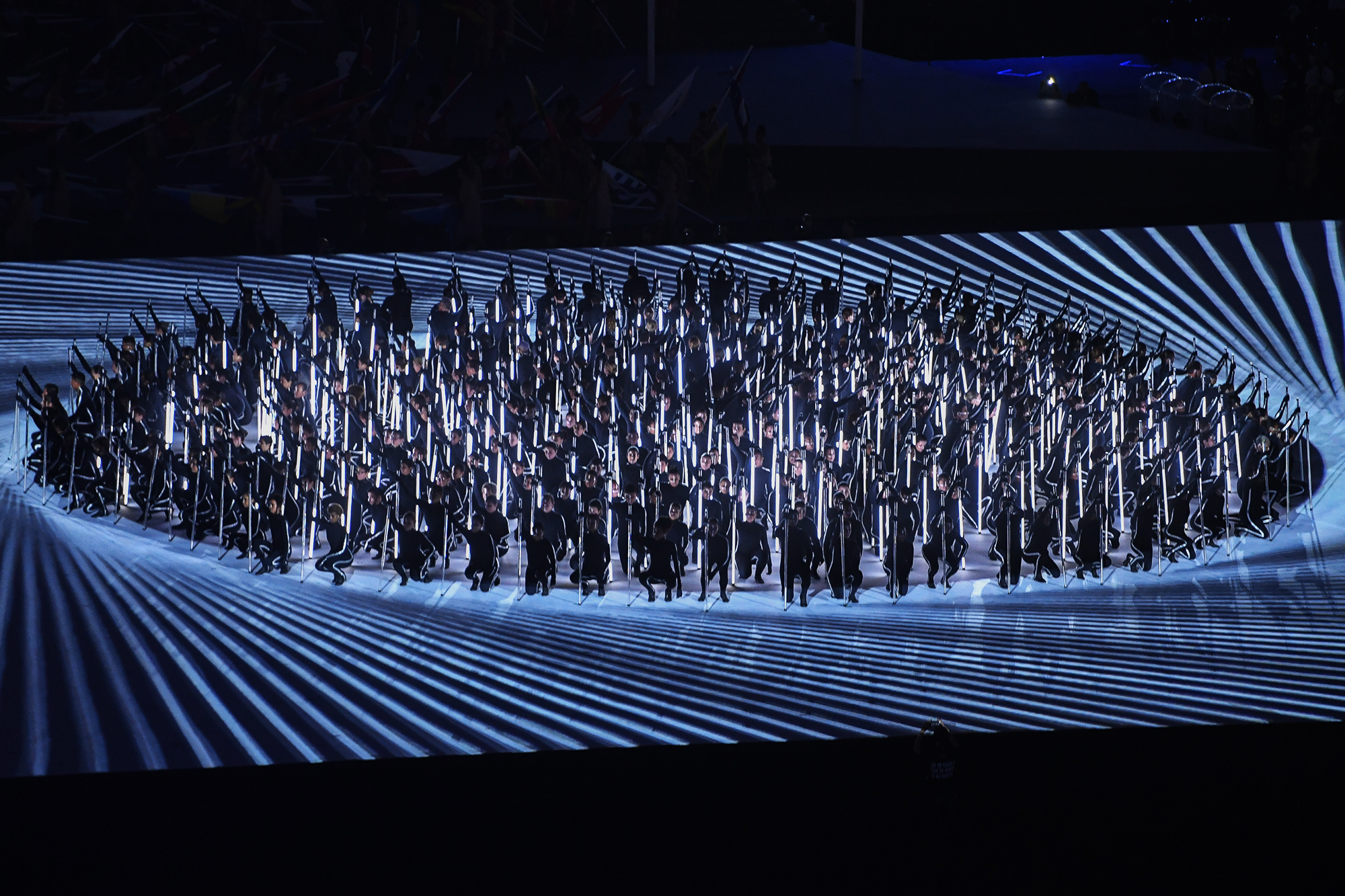 Beyond Vision is a lighting performance created for the Rio 2016 Paralympics Opening Ceremony. As a poetic representation of the sense of sight, a mass cast of 400 dancers were equipped with illuminated walking sticks collectively forming a large-scale 2.5-dimensional display.

Sticks were outfitted with a row of 128 programmable, high-intensity LEDs, which were triggered by a radio transmitter to play a series of pre-scripted animations and visual effects while dancers defined the position and orientation of each light.

The high fidelity electronic control in combination with the improvisational skills of situated dancers allowed for a complex synchrony between dance, projection, music and lighting, crafting a unique media experience for the both the live audience at the Maracanã stadium and television viewers at home. 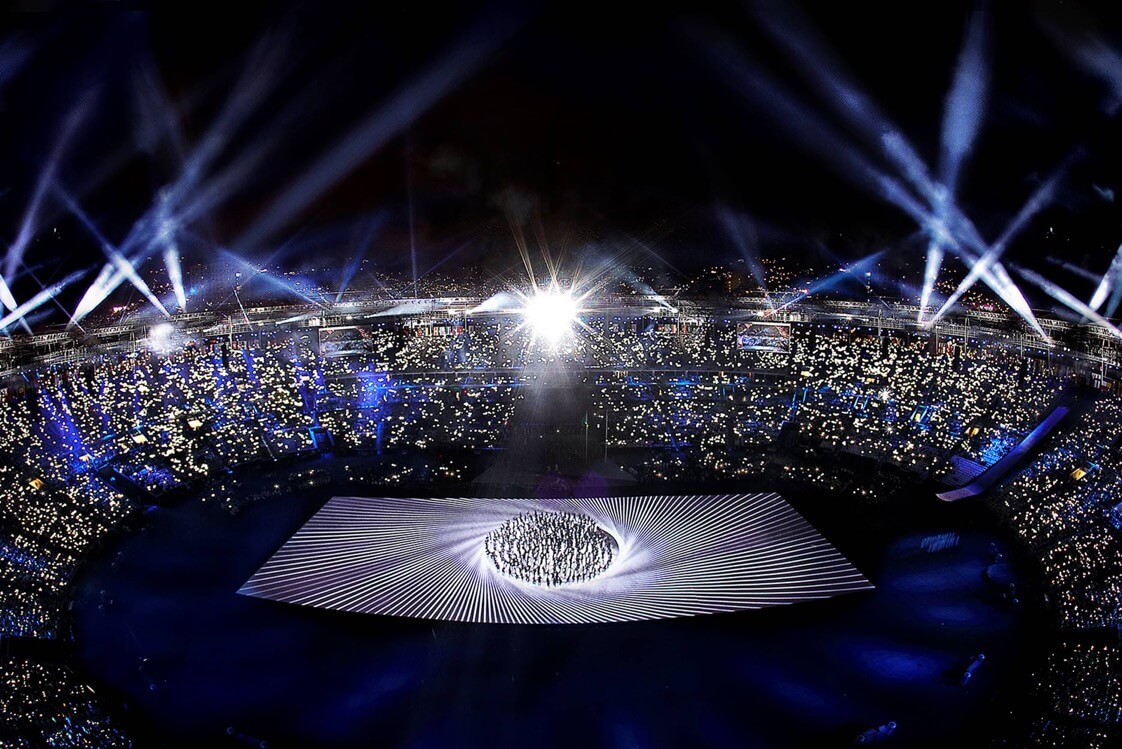 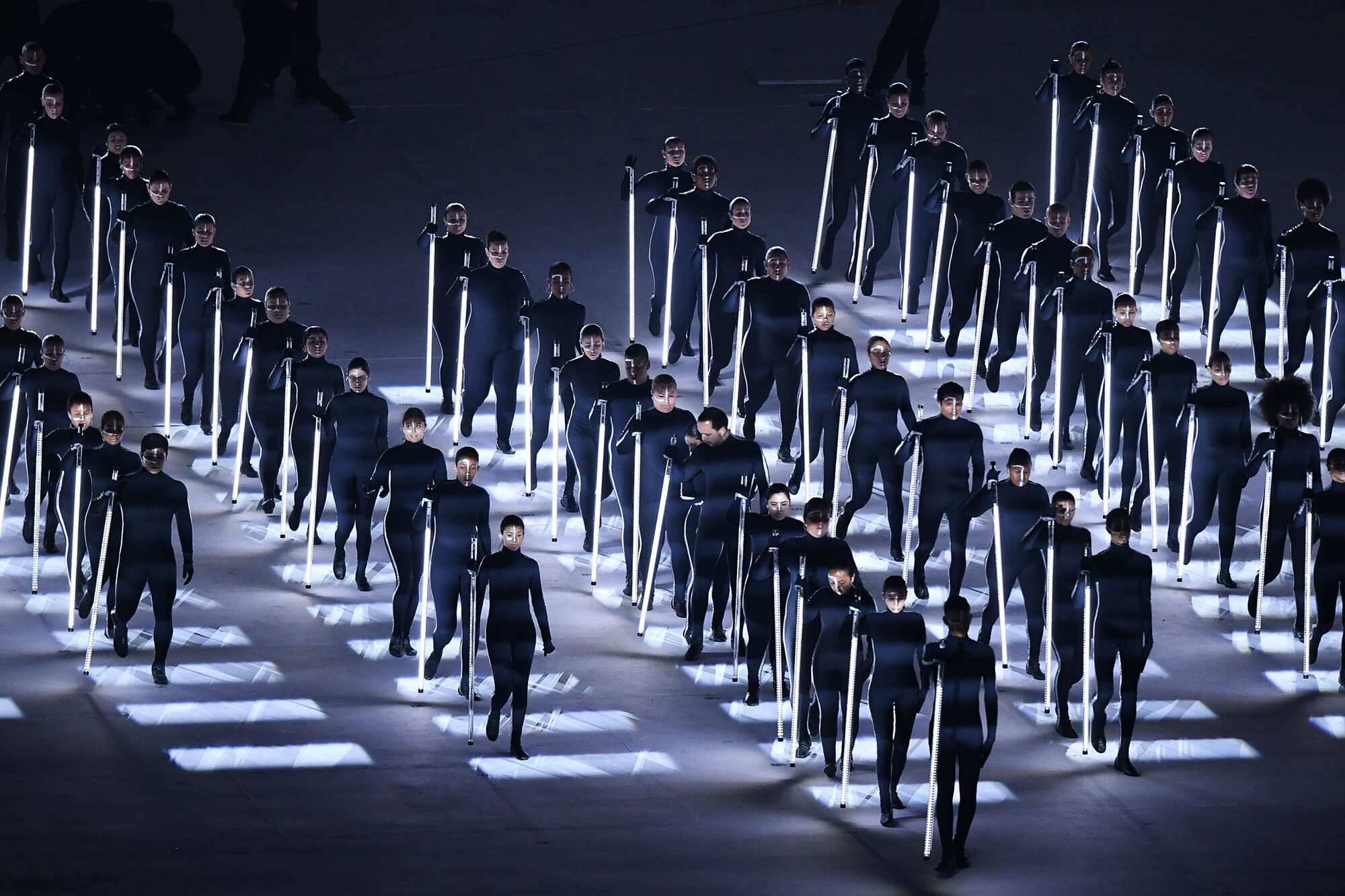