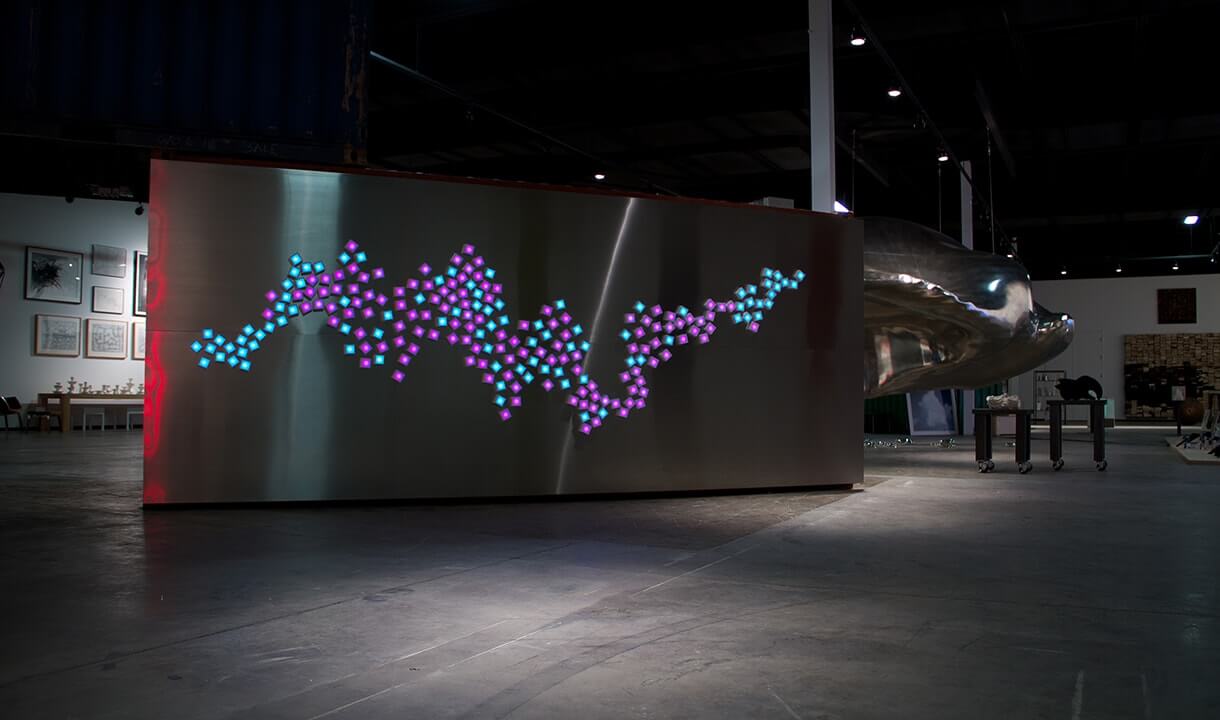 Six-Forty by Four-Eighty is a large-scale lighting installation that breaks pixels away from the screen, physically immersing viewers into an interactive computing experience.

Individually, pixels can be rearranged in space and change their color in response to touch; however, they only communicate their state to each other by using a person's body as the conduit for information. When grouped together, the pixels create patterns and animations, becoming a medium for composition and expression which evokes a form of digital graffiti.

By transposing the pixel from the confines of the screen and into the physical world, focus is drawn to the materiality of computation and new forms for design emerge. 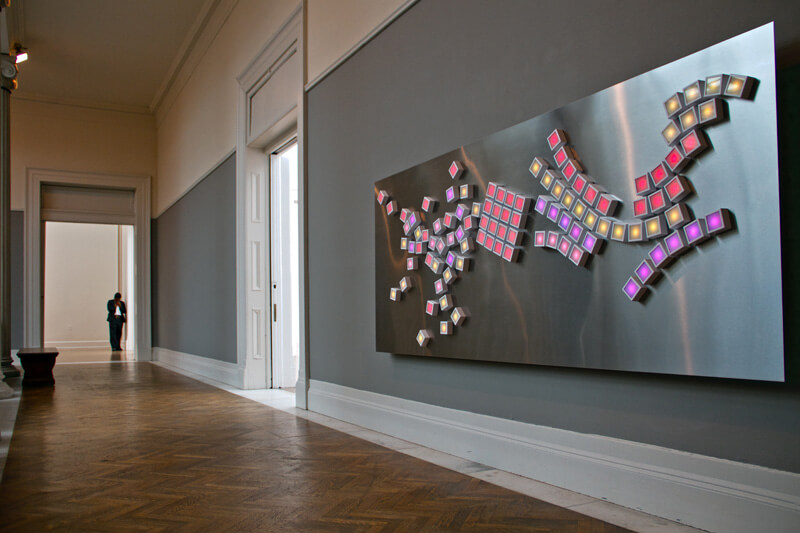 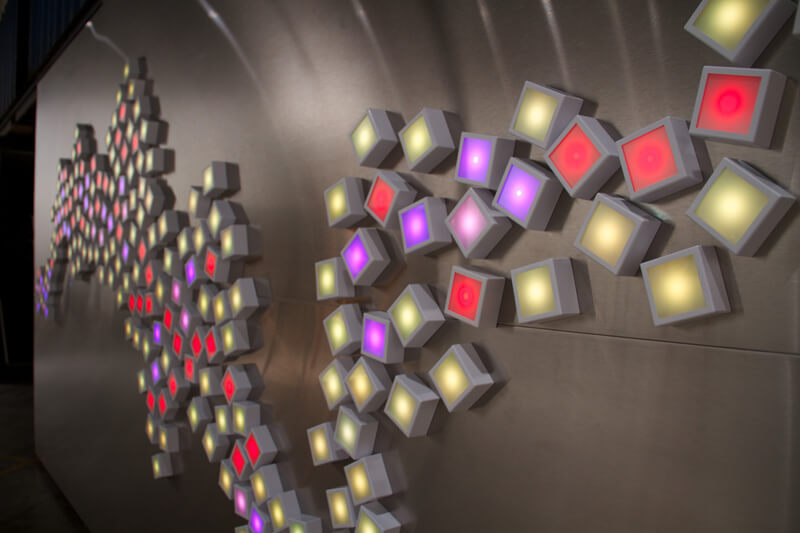